Moving Forward Together – The K’ómoks Treaty Passes Another Milestone

For thousands of years K’ómoks ancestors harvested, preserved and stored rich food resources. Once the Treaty is concluded, their descendants will be able to live off their territory as part of a modern and sustainable economy.

The K’ómoks Nation has just passed one more milestone towards signing a Treaty with British Columbia and Canada with the Land and Cash offer presented to the K’ómoks treaty team on November 2. This offer will be carefully reviewed in confidence and eventually put to a vote of Nation members.

Once negotiations are complete, and the full treaty package ratified by all three parties, the treaty will likely come into effect in 2026.

The signing would bring to a close 30 years of negotiation and give the Nation the opportunity to transform from an Indian Act Band into a self-sufficient and self-governing Nation.

The terms of the treaty will provide new land and access to new resources, attracting new investment that will benefit the entire territory.

“The Land and Cash Offer comes after 28 long years of negotiations, and seeing it finally come to our membership who will determine the way forward is exciting,” said Nicole Rempel, K’ómoks Nation Chief. “I know we are ready to begin building the future our ancestors dreamed for us, to build a strong foundation for future generations. That is ultimately who this treaty is for. By negotiating for this treaty, we look to uplift our Nation, but also create opportunities and prosperity for all those residing within our traditional territory.”

The benefits of treaty will be felt with new residential developments to help alleviate the housing crisis, job-creating investment in new businesses and new water and sewage infrastructure to certain K’ómoks Treaty Settlement Lands.

And with fewer than 500 members to manage a substantial amount of land, there will be new opportunities for all as economic development progresses at a faster pace.

It will also be done with care. The K’ómoks Nation has been the steward of these lands since time immemorial, and together with its government partners, will continue to ensure development happens in a respectful and responsible way.

This act of reconciliation will help us all move forward together as neighbours with a shared future.

The K’ómoks Treaty will be the first of its kind and will be known as “A Living Agreement” that will be reviewed every ten years and amended where necessary to evolve with the ever-changing world.

Quotes from our partners:

“Working collaboratively to renew our nation-to-nation relationship by negotiating a Modern Treaty agreement is critical to advancing reconciliation. This is an important step toward a K’ómoks treaty and away from the Indian Act, for Nation members to implement their right to self-determination, and putting the power back where it belongs,” said The Honourable Marc Miller, Minister of Crown-Indigenous Relations.

“The treaties of today are strong, flexible agreements that recognize and respect First Nations rights. They reinforce government’s commitment to journey forward on the path of reconciliation, a journey which creates a better future for us all,” said Murray Rankin, B.C. Minister of Indigenous Relations and Reconciliation. “This treaty, if ratified, will bring many economic benefits to K’ómoks First Nation and across the entire region. Together, K’ómoks First Nation, B.C. and Canada are building and supporting long-lasting relationships that will grow and strengthen over time.”

“It is positive and heartening to see the ongoing hard work undertaken by the K’ómoks First Nation and the Federal and Provincial Governments in unfolding this historic agreement. This is a monumental step forward towards reconciliation in action. It will provide K’ómoks First Nation with sustainable resources to continue to build their community into a strong regional partner in the Comox Valley. As the incoming Mayor of Comox, I want to personally stand as an ally through the process and extend sincere gratitude for those who brought this agreement forward,” said Nicole Minions, Mayor, Town of Comox.

“We whole-heartedly support the K’ómoks First Nation in their efforts to get out from under the oppressive legislation of the Indian Act and become a modern, self-governing Nation. Their success is everyone’s success because the Treaty will allow for a more just and equitable society which will elevate the entire Comox Valley,” said Jesse Ketler, Chair of Comox Valley Regional District.

“This land and cash offer presented to K’ómoks First Nation represents a major step forward towards improvements in housing, economic opportunity and advancing self-determination. The City of Courtenay congratulates K’ómoks First Nation and commits to our ongoing partnerships while looking for opportunities to support their vision as they continue this exciting path to reconciliation,” said Bob Wells, City of Courtenay Mayor.

“I would like to wish the K’ómoks Nation all the best through these last stages of this monumental and long-awaited Treaty and congratulate them on their years of hard work to build this first ‘living agreement’,” said Vickey Brown, Mayor-elect of the Village of Cumberland. “We look forward to working in partnership with K’ómoks to continue to support a healthy and vibrant local economy, that includes a healthy traditional food system and resilient and sustainable land and resource development. And we are grateful for their care for these lands over thousands of years.” 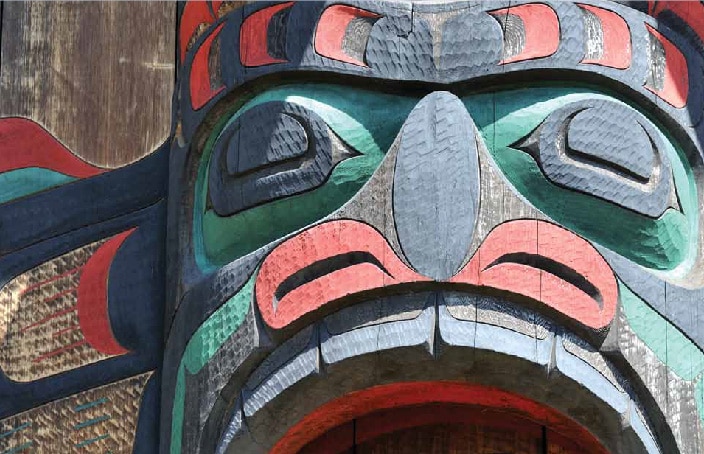 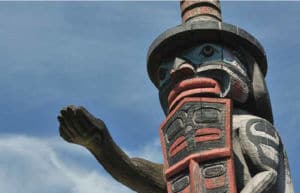