– “Care takers of the ‘land of plenty’ since time immemorial” 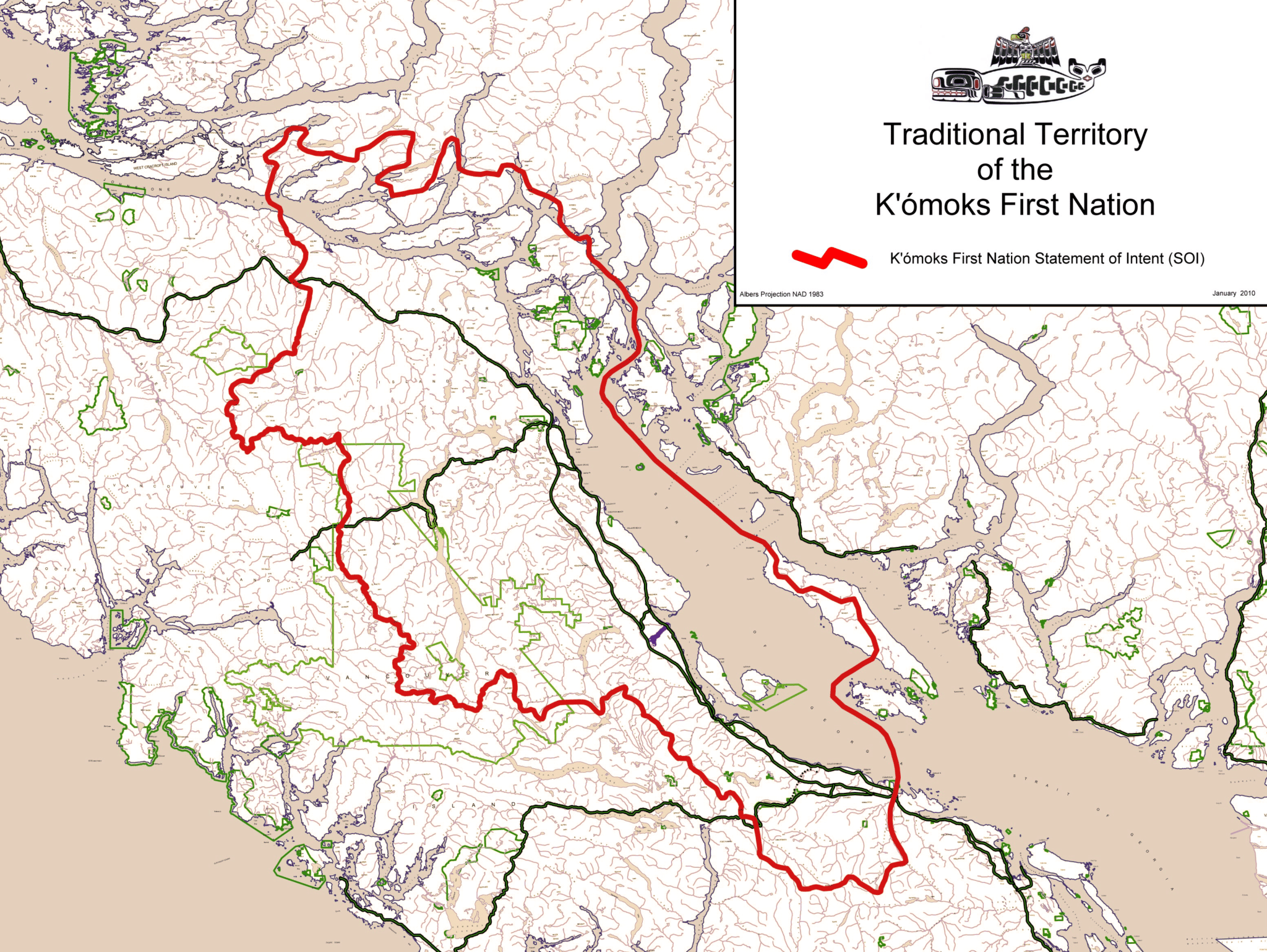 For thousands of years indigenous people occupied the shoreline of eastern Vancouver Island in a place referred to as “the land of plenty”. This Land of Plenty stretched from what is known today as Kelsey Bay in the north, down to Hornby and Denman Island in the south, and included the watershed and estuary of the Puntledge River. The people called K’ómoks today referred to themselves as Sahtloot, Sasitla, Ieeksun and Puntledge. They lived in Salmon River, Quinsam and Campbell Rivers, Quadra Island, Kye Bay, Comox Harbour and estuary, Baynes Sound, and many other locations throughout the territory.

Oral histories and archaeology describe a rich and bountiful relationship between the K’ómoks and Land of Plenty. Salmon, shellfish, herring, deer, elk, seal, cod, rockfish, geese, duck, and a plethora of berries and plant foods filled the tummies of young and old alike. The harvest, preparation and cultivation of local resources were appropriate to the environment, resource, and spiritual beliefs. Fish weirs, duck nets, berry picking techniques and clothing design met the needs of the K’ómoks, and for generations provided variety, utility, and sense of cultural uniqueness. Mask dances and rhythmic songs filled the winter nights and throughout the seasons. Property was distributed to guests in potlatches and elaborate naming ceremonies honoured the youth, leaders, and elders of the communities.

Following contact with Europeans, northern groups started a southerly move into K’ómoks territory. A period of conflict displaced the K’ómoks southward to their relatives, the Puntledge. Followed by a period of colonial policy and practices, the K’ómoks families endured hardship and loss of land, resources, and cultural connection. Modern leaders are striving to reclaim cultural expression and relationship with the “the land of plenty”. Today the Hereditary Chiefs of the K’ómoks First Nation are Kerry Frank (Pentlatch and Sahtloot), Ernie Hardy (Sasitla), Allan Mitchell (Sasitla), and George Cook (Ieeksun). 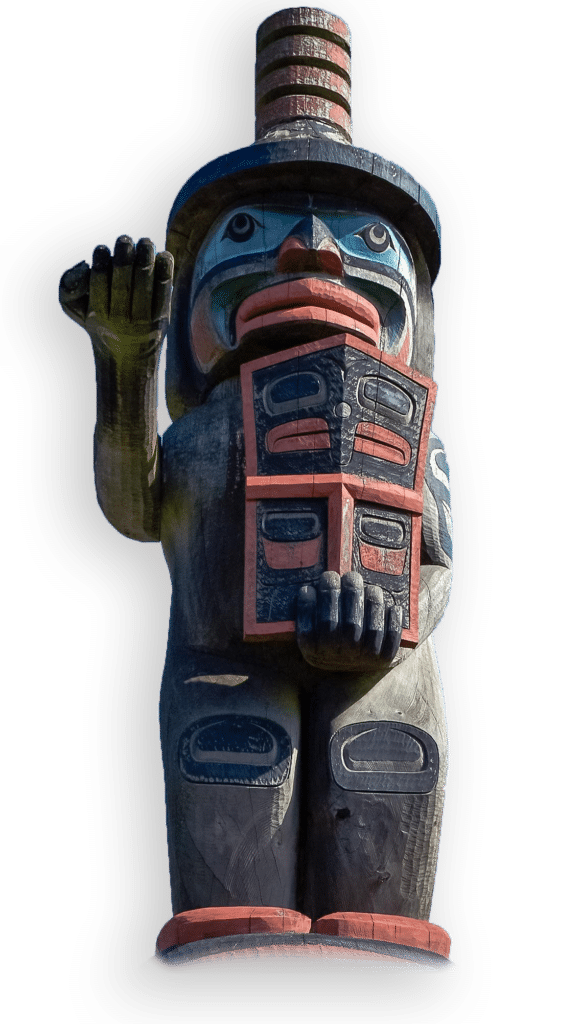 Our Vision: We, the K’ómoks people, envision a prosperous and healthy Nation, in which we exercise our rights and title throughout our territory, honouring our people, lands, waters, cultures and languages.

Our Mission: K’ómoks First Nation ensures the well-being and self-sufficiency in all aspects of our Nation by asserting our rights and title while upholding our members.

In the spirit of reconciliation, it is encouraged and appreciated that our local organizations show acknowledgement of the K’ómoks First Nation Unceded Traditional Territory at their public and internal gatherings when appropriate.

Here is the acknowledgement we recommend:
We/ I respectfully acknowledge that the land we gather on is on the Unceded Traditional Territory of the K’ómoks First Nation, the traditional keepers of this land.